‘End of the Euro!’ Currency a ‘trap closing in’ and will ‘explode’ – recession warning

Europe is struggling to fight off the dangerous possibility of a chronic shortage of gas heading into the winter as fears soar Vladimir Putin will completely cut off supplies into the continent. The European Union has accused Russia of resorting to energy blackmail and claim the move is “politically motivated”, with gas supplies running via the Nord Stream 1 pipeline to Europe already plunging to just 20 percent of its capacity.

There are fears Germany – home to the EU’s largest economy – could slump into recession as according to official figures, 52.5 billion cubic metres of gas was imported in 2020 – around double the next-closest nation.

Eurozone inflation soared to 8.6 percent last month – up from 8.1 percent in June – while earlier this month, the struggling euro hit parity against the US dollar for the first time in more than 20 years 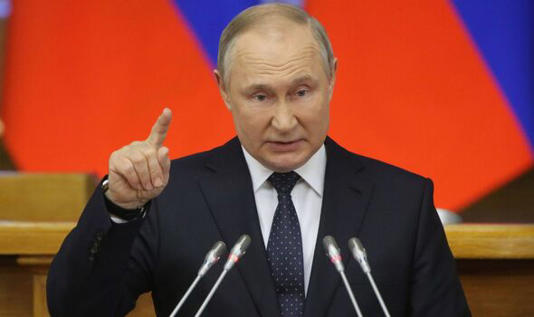 EU critic and Frexiteer Eric Noirez warned in an exclusive interview with Express.co.uk: “The situation in the Eurozone is dramatic, not to say desperate.

“We have record inflation, a record trade deficit, record national debts, continuing deindustrialisation, growth still at half-mast and, finally, an increasing loss of confidence of investors and economic actors. 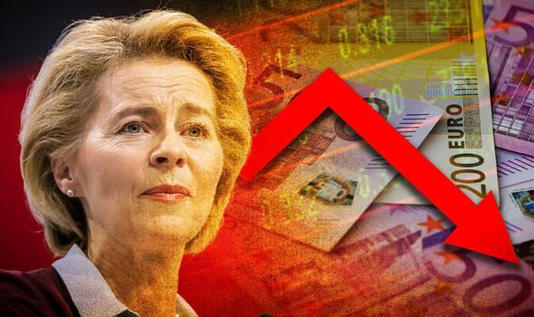 “The euro is a system that has reached the end of its tether, but this is not very surprising, since the euro has always been a totally dysfunctional monetary system, which the Europeanists have wanted to keep alive at all costs, through a dogmatism that is truly irrational.

“Today, the people who make up the EU are simply about to pay the price of this political choice, which bore the seeds of disaster within it.”

Mr Noirez, a member of the Generation Frexit campaign in France, launched a scathing attack against the “euro fanatics” who were obsessed with keeping the euro “alive at all costs, rather than saving the standard of living of the people with”.

He claimed the EU has “shot itself in the foot” and warned the euro has now become a “trap that is closing in on us”. 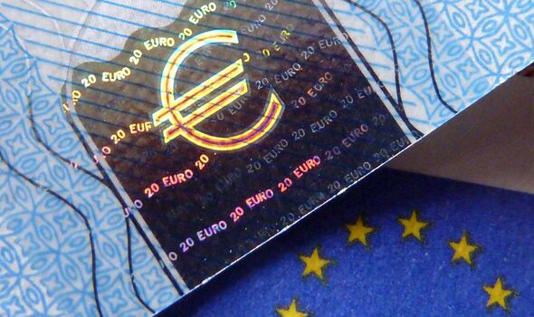 The Frexiteer continued: “The euro fanatics preferred to persist in their error and to keep the euro alive at all costs, rather than saving the standard of living of the people.

“The EU inevitably shot itself in the foot: it reneged on its principles and its own rules aimed at maintaining economic stability for a frantic, suicidal headlong rush that has led today to the euro crisis we are experiencing. 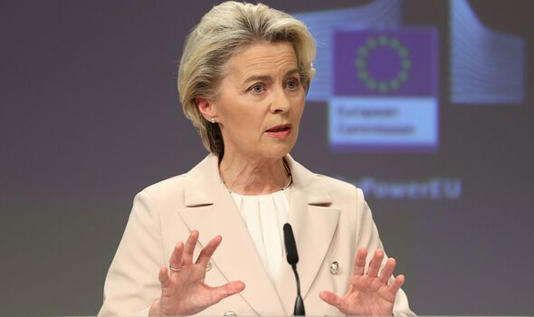 “From a false good idea, the euro has become a trap that is now closing in on us.

“But what we can reproach the most to the Europeanists is their complacency and their inability to question themselves in the face of a system that does not work: they prefer to lead us into the wall and to persist in denying reality rather than to show lucidity and to admit their mistake.” 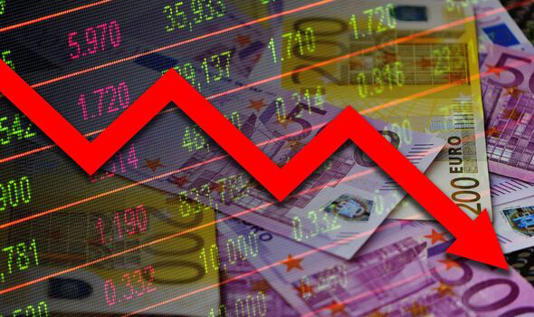 In a huge warning for the single currency, he concluded: “The question concerning the euro is not whether this currency will explode or not.

“The euro will explode because the problems it poses are insoluble and because the crisis for which it is mainly responsible, as well as the divergences it creates between nations, will become too strong for it not to explode.

“It’s simple logic: the euro exploded the debt, and now the debt will explode the euro.

“The real and vital question is now to know when and under what conditions the euro will explode.” 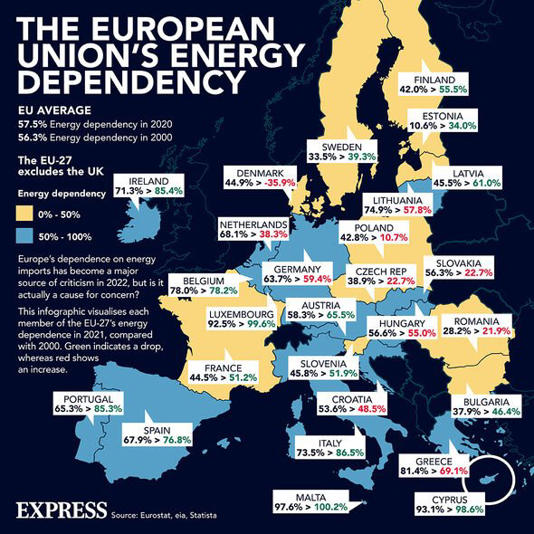 Earlier this week, EU member states scrambled to approve an emergency plan to curb the use of gas for some countries.

Brussels is urging its member states to save gas for the winter months, with energy ministers giving the go-ahead for all EU countries to voluntarily cut gas use by 15 percent in the August to March period versus the average from 2017-2021.

German Economy Minister Robert Habeck insisted the quickfire deal would show Putin that Europe remains united in the face of Russia’s latest gas cuts, saying: “You will not split us.”

The EU’s energy chief Kadri Simson said the new agreement should ensure countries save enough gas to survive an average winter if Russia does turn off the gas tap now.

But she also warned an usually cold winter would require more severe measures.

With an avg. 1.2M voters per MEP & Britain with 16% of EU GDP and 13% of the EU’s population yet  having only 8% (if united) say, whilst holding less than 3% of the various offices within the EU Do note The EUropean Parliament has no ability to make policy and has a Commission of unelected bureaucrats, thus clearly the EU is not even a pretence of being a democracy despite its protestations!
Do note that many senior apparatchiks and even elected politicians speak openly of the ‘Post Democratic era’ with no sense of shame or irony and in complete contempt of the so called electorate – yet The EU & many of its vassal States/Regions are all too willing to slaughter people in Sovereign States, to impose The EU’s chosen brand of democracy on them!

Just follow the recent EU display of so called ‘Democracy’:
France and the Netherlands voted against the proposed EU constitution in 2005, only to have those votes ignored.
Ireland voted against ratifying the Lisbon treaty in 2008, but then later under pressure & threats had to change its mind.
Greece for me was the final straw. It became clear in 2015 that it didn’t matter which way the Greek people voted. The birthplace of democracy had become its tomb. That was enough. I was going to continue to campaign to leave the EU when the chance came vote to leave.

No political party of any significance in Britain took active steps to achieve a Referendum – the task was eventually taken up by an Indipendent West Midlands MEP Nikki Sinclaire who personally launched and funded the gathering of a petition of 225,000 signatures delivered to Parliament via Downing Street, thus forcing a debate in the House of Commons on an IN/OUT Referendum, which led to David Cameron’s first consequential rebellion.

One huge benefit of BreXit will be that we can negotiate with bodies like the WTO, UN, WHO, IMF, CODEX and the like, including major corporate bodies with a view to encouraging inward investment, we can negotiate directly, in our own interest and that of our partners around the world, in both the Commonwealth and the Anglosphere at large; rather than having negotiations and terms imposed by unelected EU bureacrats and their interpretation of the rules handed down, as if they were some great achievement of the EU’s!
The greatest change and benefit will be political, as we improve our democracy and self determination, with the ability to deselect and elect our own Government, with an improved Westminster structure, see >Harrogate Agenda< as a possible model.
How we go about the process of disentangling our future wellbeing from the EU is laid out in extensive, well researched and immensely tedious detail see >FleXcit< or for a brief video summary CLICK HERE