John Longworth Resigned From BCC To Tell The Truth About BreXit

The business community is split on the question of Britain leaving the EU about 50:50, I would think. So why do we hear so much from the multinationals and so little from the authentic voice of the real economy?

Notwithstanding the government’s backing for a massively well-funded remain campaign, there are signs that the political and business establishment are beginning to panic. That is because the leave camp’s message that Britain will have a brighter economic future and greater prosperity outside the EU is beginning to cut through. 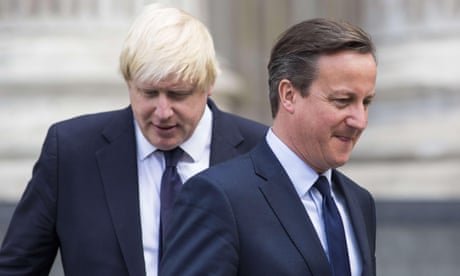 The remainder of the economy is domestic. This means that overall, 87% of our economy and the vast majority of jobs are subject to the burdens that flow from being in the EU but prosper entirely independently of it.

After I volunteered to resign as director general of the British Chambers of Commerce so that I could speak freely about Brexit, I received hundreds of messages of support from business people eager to break free of the costs and restrictions imposed by Brussels with the willing cooperation of Whitehall. Anti-Brexit multinational corporations, which represent only around 5% of the businesses in Britain, are short-termist and narrowly focused.

Their primary drivers are quarterly reporting, twice-yearly dividends and fat end-of-year executive bonuses – but rarely planning beyond a three-year horizon. They benefit from the barriers to market entry created by EU regulation and public procurement rules. They can produce cheaply and sell expensively by segmenting the European market. They can also avoid paying tax by operating across EU borders.

They are, in other words, economically rational in their own interests but not particularly concerned about the future of the people of Britain or the wider business community. It is outrageous, in my view, that these corporations have signed up to the EU cause without reference to their shareholders, customers or employees – just as outrageous as the government using taxpayers’ money to fund the pro-EU case.

By contrast, the business people signing up daily, as individuals, for the leave campaign are among the best and most successful in the country. They are the voices of the real economy, and representative of those who generate the vast majority of our output. They are the grafters who have the good ideas, the ones who employ most of our people and who risk their own money. They are the ones committed to local communities.

It is these business people who tell me every day why they think staying in the EU carries a dire risk. The risk is that in the future, the eurozone will make all the economic decisions and Britain will have no say. They are also worried about the avalanche of regulation that could follow a vote to stay.

It is these people who, like me, have done business around the world, who know that taxpayers’ money that Brussels currently wastes could instead be invested in Britain: in public services, in infrastructure and in such things as steel production. We will be able to make our own trade deals around the globe, just like Norway, Switzerland and Iceland. Most importantly, we will be able to take back control of our own affairs, political and economic, giving us more certainty in a very uncertain world.