Is There Any Reason To Believe We Can Trust Our Pro-EU Political Elite?

one is forced to wonder if we cant trust our self serving political eliet on any count!

We have demanded a Referendum as a result of the petition of 250,000 signatures organised by the independent MEP for the West Midlands EU Constituency Nikki Sinclaire. Unsurprisingly, having taken on the establishment and clearly won – forcing David Cameron to hold a Referendum, Nigel Farage tried to pretend it was he who brought about the Referendum A LIE!

We note that Nikki Sinclaire became a target in what seems to be a political/police stitch up, on claims that she had defrauded the EU of money yet the sum has been steadily shrinking as the evidence created steadily crumbles! However as the main reason for the ‘set up’ is to keep the Referendum under the control of the self styled political elite, ensuring all is done to discredit Nikki Sinclaire, it seems – either way it was essential that Nikki Sinclaire was rendered ineffective until after the Referendum was over and to do this our enemies trumped up a case and invested over £1M in costs and fees setting a court date 4 days AFTER the Referendum to hear a case of an MEP who is alleged to have used about €3,000 for her own use!

Risible isn’t it when MEPs are able to claim €120,000 without any paperwork and when in fact it can be proved that Nikki Sinclaire put over £50,000 of her own money into funding the petition that gave us our Referendum!

It is clear that there is every possibility that our elected representatives having lied to get Britain into the EU and then telling lies and spinning facts based on totally spurious suppositions and assumptions to come up with bogus results to try to meke their implausible propaganda scare the public into remaining in the EU, against the best interests of Britain and our peoples, allies and global trading partners.

We have learned little in the intervening years as the 1975 Referendum’s detailed history reads like an instruction manual for our present Referendum. Cameron, Osborne, Major and others of the Remain team have been shown to be completely implausible and the economic consequences of Brexit are claimed to be exact and known in their economic negative details.

Even if Brexit were to win it is clear that those wanting the best for Britain may well find themselves betrayed by our own politicians who were, after all, those who betrayed Britain in the first place by duping the people into surrendering Britain’s sovereignty and our democracy to the largely undemocratic EU.

Pro-European MPs and some government sources believe it may be possible to use the Commons to mount a guerrilla campaign to minimise the impact of a referendum vote to quit the European Union – or even to reverse the decision if the negotiations with the EU on the UK’s exit terms produce a disastrous deal.

The government is not willing to discuss its reaction in the event of a vote to leave since its sole goal at this stage in the campaign is to emphasise the risk of such a vote by saying that the decision would be irreversible and would likely be met with a brutal response from Britain’s European partners, primarily the French.

But privately ministers have pointed out there is a large cross-party Commons majority for the UK’s continued membership of the EU, and it could be deployed once the hugely complex, detailed and contentious legislation necessary to leave the EU started to pass through parliament.

The first target is likely to be whether the UK could remain in the single market, while leaving the EU – so joining the European Economic Area, of which the non-EU countries Norway, Lichtenstein and Iceland are currently members. The single market guarantees the free movement of people, goods and services inside the EU.

But parliament would face myriad votes on how to disentangle itself from the EU.

One minister described the possible guerrilla campaign as “a reverse Maastricht” – a reference to the way in which Tory Eurosceptic MPs, often in an alliance with a Labour opposition, tried to stall the Conservative government’s efforts to enshrine the Maastricht treaty in UK law in the 1990s. 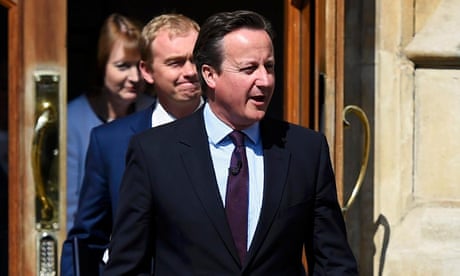 David Cameron: leave vote would be economic ‘bomb’ for UK

One possibility for pro-Europeans would be to insert a clause demanding a second referendum on the terms of the renegotiation, or to run a guerrilla campaign to minimise the number of EU laws from which the UK would withdraw. One pro-European MP said: “We would have to respect the mandate of the referendum, but there is still plenty of scope on how and when we quit the EU.”

Although there has been discussion about the way in which EU laws set out the process for a member state to leave, there has been little public debate on how the Commons would seek to unravel UK law from that of the union, or how this could be done without blocking up the parliamentary legislative timetable for years.

Sam Bowman, the executive director of the rightwing thinktank the Adam Smith Institute, which has advocated the UK leaving the EU in stages, welcomed the possible intervention in the Commons.. He said: “This is a referendum on EU membership, not the single market, and MPs would be right to keep us in the single market if we vote to leave the EU. Keeping Britain in the single market would take the main economic risks out of leaving the EU, avoiding the doomsday scenarios outlined by the Treasury and others.

“The EEA option outlined in a recent Adam Smith Institute report would give the UK economic security while allowing it to leave the EU. In many respects it gives us the best of both worlds – indeed the remain side has emphasised little else of value about the EU during the campaign apart from the single market.

“The EU is not a prison, but the remain camp risks portraying it as such. It is possible to leave without risking serious economic harm, and staying in the single market as a step towards a long-term settlement would give the UK that safe route out.”

By one estimate there are fewer than 200 MPs that currently support the UK leaving the EU, and although it is legally correct to say that the referendum is only advisory on parliament, there is an acceptance that politicians would be required to try to act on the decision of the British people. 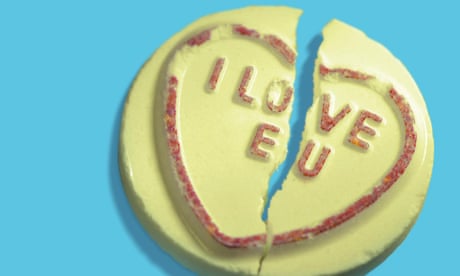 What happens next if Britain votes to leave the EU?

David Cameron has said in the event of a vote to leave, he would immediately and formally notify the EU of its intention to quit under article 50 ofthe Lisbon treaty, kickstarting a two-year negotiation that could only be extended beyond the two years by a unanimous vote of the EU member states.

But lawyers advising the expert UK parliamentary committees dealing with Europe say there is no legal obligation to notify the EU immediately.

Michael Gove, the justice secretary and prominent leave campaigner, said: “Logically, in the days after a vote to leave, the prime minister would discuss the way ahead with the cabinet and consult parliament before taking any significant step.”

He added: “It would not be in any nation’s interest artificially to accelerate the process and no responsible government would hit the start button on a two-year legal process without preparing appropriately. Nor would it be in anyone’s interest to hurry parliamentary processes. We can set the pace.”

Many countries have held second referendums on renegotiated termsincluding Ireland and France, but the dominant mood among European leaders appears to be to push the UK towards the exit door quickly in the event of a vote to leave unless there was a serious chance the decision would be rescinded.

The next formal scheduled major discussion on the issue is not due to be held until the summit of European leaders on 28 and 29 June.