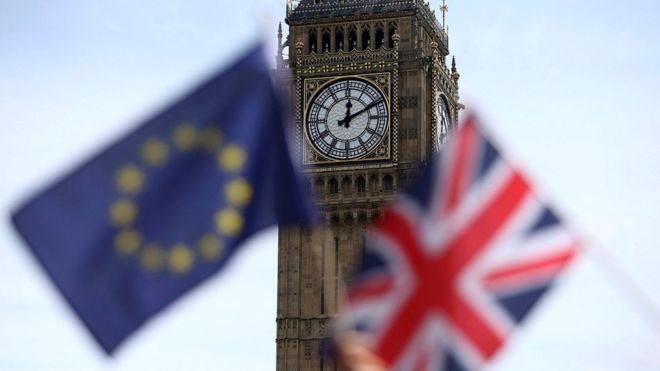 The UK’s Brexit negotiations have not begun well amid “differences” inside the cabinet, a former head of the diplomatic service has said.

Sir Simon Fraser, chief mandarin at the Foreign Office until 2015, said the UK side had been “a bit absent” from formal negotiations in Brussels.

Sir Simon, who now advises businesses on Brexit, said he was concerned the UK had not put forward a clear position.

Downing Street said it disagreed strongly with his comments.

The government is expected to publish “position papers” on key issues soon.

Speaking to BBC Radio 4’s Westminster Hour, Sir Simon said he feared divisions within the cabinet were preventing the government from presenting a united front.

“The negotiations have only just begun, I don’t think they have begun particularly promisingly, frankly, on the British side,” he said.

“We haven’t put forward a lot because, as we know, there are differences within the cabinet about the sort of Brexit that we are heading for and until those differences are further resolved I think it’s very difficult for us to have a clear position.”

He added: “I think so far we haven’t put much on the table apart from something on the status of nationals, so we are a bit absent from the formal negotiation.” 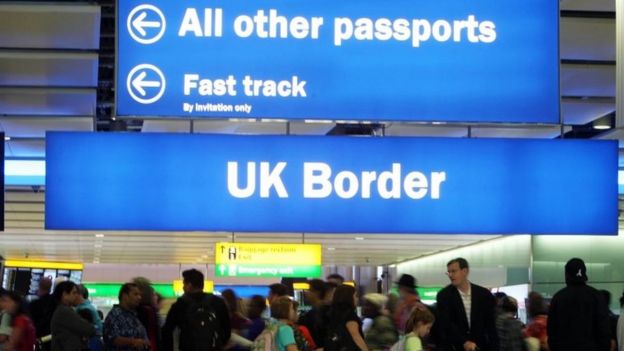 He called on the government to publish further details about its views on issues, including future customs arrangements and the Northern Irish border in the coming weeks.

“I think we need to demonstrate that we are ready to engage on the substance so that people can understand what is really at stake here and what the options are.”

“The last two months, we have had a constructive start to the negotiations. We have covered a significant amount of important ground,” the prime minister’s spokesman said.

“As the secretary of state for exiting the European Union said at the end of the last negotiating round, important progress has been made in understanding one another’s positions on key issues.”

Last month, Brexit Secretary David Davis said he was confident negotiations would continue as planned after reports Brussels may delay trade talks because of a lack of progress on the “divorce” settlement.

At the weekend, the Sunday Telegraph claimed UK negotiators are now prepared to pay up to £36bn to the EU to settle the so-called Brexit divorce bill.

Downing Street said it did not recognise this figure.

Conservative MP Peter Bone said it would be “totally bizarre” for the UK to give the EU any money, let alone £36bn, adding that such a fee was unlikely to get through Parliament.

Another Eurosceptic MP, Jacob Rees-Mogg, said there was “no logic” to the figure that was being reported.

Responding to Sir Simon’s comments, Liberal Democrat Brexit spokesman Tom Brake said: “This government is in the middle of the single biggest economic and diplomatic negotiation in our history.

“Yet while the clock is running down, key cabinet members are still squabbling over what type of Brexit to pursue.”

With an avg. 1.2M voters per MEP & Britain having only 8%, if united, say. The EUropean Parliament has no ability to make policy and has a Commission of unelected bureaucrats, thus clearly the EU is not even a pretence of being a democracy; yet The EU & many of its vassal States are willing to slaughter people in Sovereign States, to impose The EU’s chosen brand of democracy on them!