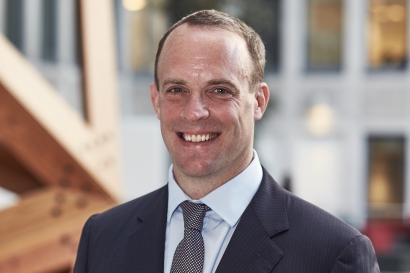 though he took no part in its authorship & seemingly his predecessor also did not as he resigned being unwilling to present this apparant betrayal of the basic principles of BreXit, as did The Foreign Secretary Boris Johnson: 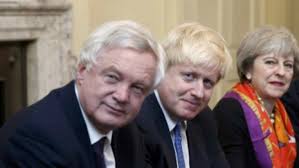 It would seem that on behalf of Theresa May the bulk of the document was drawn up by the unelected Civil Servant Olly Robbins a strong supporter of EU membership who was first appointed as an advisor to The PM by the War Criminal and unprincipled liar & sociopath Tony Blair!

Little wonder the document, which has not been officially addopted by the EU, and is unlikely to be, reads as a surrender document betraying the democratic principles of BreXit. 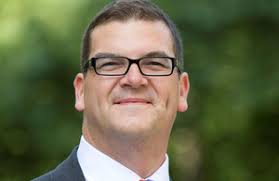 It is my opinion that the document is an unprincipled betrayal of the wishes of the British electorate who clearly voted unconditionally for BreXit – they made it clear they wished on all counts to LEAVE the EU – a position Britain last enjoyed as an Independent Sovereign Nation in the 1960s having elected & rejected its own Government and made its own laws whilst controlling its own borders for the preceding 1,000 years!

At no time was it intimated in the IN / OUT Referendum that Britain wished to be bound by the EU & ruled directly or indirectly by its unelected bureaucrats, foreign MEPs and bound, with open borders, under the direct or indirect control of the ECJ.

At no time did the British peoples select a mere name change to fudge continuance of our vassal status in the EU.

The intent was most clearly to distance ourselves from the all too Socialist and neo Marxist values of many EU officials, our intent was to reduce Red Tape and EU control, whilst ensuring we were in control of our own borders, Parliament & Law, free to make Trade and security agreements with our true allies and associates.

It has become clear even to those who had been duped but still had integrity that the EU was no friend of Britain and increasingly as they tried to extort money & deny liberty for our peoples under the tuetelage of the drunkard bufoon they have as a President and their aspirant next President displaying how obdurate he could be as a negotiator the more clear it became that no rational ‘deal’ could be expected of the EU.

I believe that the Remainers in Government have displayed their corrupt contempt for democracy & done all they could to sabotage BreXit as to me it is abundantly clear in this latest text of betrayal.

Sadly the actions of betrayal have increasingly meant that what is currently, if misleadingly known as a ‘Hard BreXit’ is ever more inevitable with the uneccessary hardship and problems that will bring about for both the EU and Britain – clear action towards the unconditional BreXit from day one could have avoided this outcome.

That said I do not believe there is any road open other than a total unconditional BreXit with the needless difficulties that will bring.

Read the full text of the proposal as provided below and draw your own conclussions.

I for one am angered by the duplicity of our Politicians, Civil Servants and Remainers whose lies and distortions have brought this situation about when had they broken the habits of a lifetime and acted honestly with integrity from the get go a BreXit to the mutual advantage of all concerned could have been achieved.

The future relationship between the United Kingdom and the European Union

The United Kingdom will leave the European Union on 29 March 2019 and begin to chart a new course in the world. The Government will have delivered on the result of the 2016 referendum – the biggest democratic exercise in this country’s history. And it will have reached a key milestone in its principal mission – to build a country that works for everyone. A country that is stronger, fairer, more united and more outward-looking.

From:
Department for Exiting the European Union

The future relationship between the United Kingdom and the European Union

The Government is advancing a detailed proposal for a principled and practical Brexit. This proposal underpins the vision set out by the Prime Minister at Lancaster House, in Florence, at Mansion House and in Munich, and in doing so addresses questions raised by the EU in the intervening months – explaining how the relationship would work, what benefits it would deliver for both sides, and why it would respect the sovereignty of the UK as well as the autonomy of the EU.

To me the Government ‘Details’ at the end read more as a desperate, obfuscating appologia than a commendation of the so called proposal!