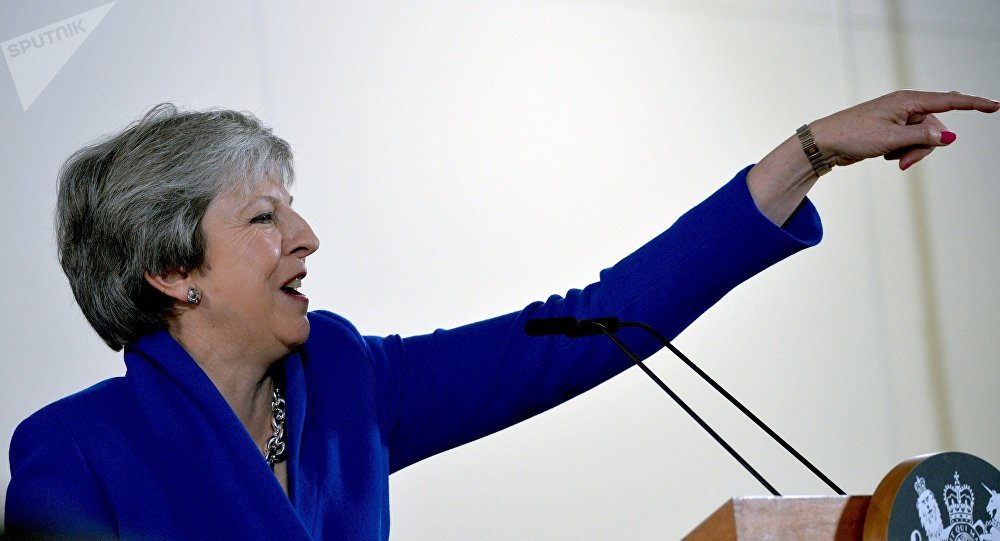 Former British Foreign Secretary Boris Johnson has claimed that a no-deal Brexit would be superior to departing the EU with Prime Minister Theresa May’s much-maligned Chequers Plan. Journalist Marcus Stead has talked about the possibility of a no-deal Brexit with Sputnik.

Sputnik: Will Theresa May be able to get her Brexit deal approved in Parliament?

Marcus Stead: We are now being told that the meaningful vote on Theresa May’s deal will take place on the week beginning on January the 14th. It was originally due to take place on the 18th December and it was pulled just five days beforehand.

It could be pulled again because the parliamentary arithmetic has not changed at all over the festive period. Former Brexit Secretary David Davis hinted yesterday, that it could be pulled again, now Theresa May said on the Andrew Marr Show yesterday morning; which is a high profile political programme on British television, that it would definitely take place next week.

The question therefore is; what has changed in practical terms since Mrs May decided not to go ahead with the original vote in mid-December? There was a December European Council meeting immediately after that decision was taken to postpone the vote, and Mrs May said she’d got some assurances from EU leaders then, but these seem very vague indeed and don’t seem to have changed many minds at all inside Parliament.READ MORE: EC Rules Out Brexit Renegotiation, Will Continue Implementing No-Deal Plan

Mrs May has had further conversations in recent days; but if you were to ask her what these assurances really are, these really don’t seem to get much of answer out of her whatsoever, but Mrs May has said that the next few days will be about these three things. Assurances on Northern Ireland, assurances of a role for Parliament as negotiations go into the next stage, and further assurances from the EU that she’s seeking, but she hasn’t said what those actually mean.

It’s all very vague and the first two assurances may become clearer in the next few days, but I very much doubt that she’ll get much from the EU in the days ahead.

Sputnik: Would departing on WTO rules be better than May’s plan?

Marcus Stead: Mrs May’s muddled thinking and lack of clarity since negotiations began have led to this situation. I was hoping that there would be a possibility of a Parliamentary consensus around the so-called Norway option of EFTA/EEA membership.

That would leave Britain inside the single market, but outside the customs union and free to negotiate trade deals with the wider world. Time is now limited on that; and if that doesn’t happen within the next few weeks, then time will run out because the logistics of joining EFTA by the 29th March deadline would be impossible.

So what is likely to happen with that in mind? If Mrs May’s deal is voted down in Parliament next week by a substantial margin, which seems likely; we would then be in a situation where a no deal Brexit would be a very real possibility.

I think that under those circumstances; it’s very likely that Mrs May would then return to the EU and say look, I’m not going to get the deal we agreed through Parliament, now bearing in mind you sell considerably more to the UK than the UK sells to the EU, what can you offer us?At that point; seeing that a no deal Brexit would do significant harm to the EU itself, the EU would offer Mrs May a number of significant concessions, which she would then put before Parliament, and after a lot of noise had been made on all sides, it would ultimately pass.

The EU has plenty of form on this sort of thing. Many treaties and negotiations have gone right down to the wire one minute before midnight; indeed it is pretty much the norm with EU negotiations and I’ll say this much; the next two months are going to be very dramatic. There’ll be scenes in Parliament that will be extraordinary, and I’ve got no doubt about that so fasten your seatbelts folks.

The views and opinions expressed in this article are solely those of the author do not necessarily reflect those of Sputnik.