Are Dominic Cummings, Matthew Elliott & Nigel Farage Setting Out To Sabotage The Leave Campaign? It does look as if their respective aims, greeds, egos and toxic personalities are all too likely to achieve failure!

Has Dominic Cummings sabotaged the anti-EU cause?

Vote Leave’s ‘strategy of intimidation’ has led to calls for it to be denied a leading role in the referendum.
If Ukip takes over, the anti-EU campaign will suffer 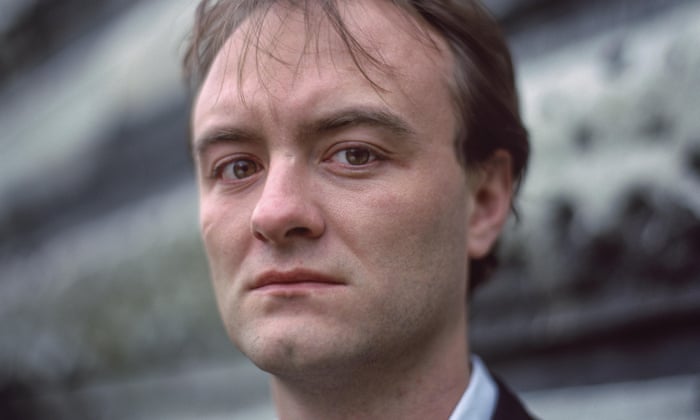 Dominic Cummings
‘Dominic Cummings has yet to realise that he could wreck the campaign to persuade the British to leave the European Union.’ Photograph: David Levenson/Getty Images

His Tory critics call him “Colonel Kurtz”. They fear that when they have hacked their way through the jungle of the British right, and reached the very heart of the darkness, there he will be, sitting in a cave, surrounded by the bodies of his enemies, telling all who remain standing that the apocalypse is now.
Eric Pickles says Vote Leave campaign should be denied lead status:

Dominic Cummings might have made a decent political polemicist on a rightwing paper. He is bright in his way and a natural brawler. Instead, he has become the most self-aggrandising and destructive agitator the modern Tory party has produced. “Cummings is determined that everyone knows that he is the cleverest person in the room,” one Conservative politician told me. “He has absolute contempt for those who disagree with him. It’s not enough to beat them in argument, he has to destroy them.”

For all his cleverness, our Kurtz has yet to realise that he could wreck the campaign to persuade the British to leave the European Union. The Vote Leave movement he directs is supposedly the moderate face of Euroscepticism. Fanaticism in the anti-EU cause resides in Nigel Farage’s rival group Leave.EU, conventional conservative wisdom runs. If the electoral commission decides that this Ukip front organisation should be the designated “out” campaign, disaster will follow. Farage’s pre-eminence would turn a constitutional argument into a culture war. The sight of Ukip in charge would make an “out” vote an endorsement of every crack about women, gay people and ethnic minorities the party’s inexhaustible collection of cranks and misanthropes has boomed out over the years.

Leave Europe has warned large companies they could be in breach of the Companies Act if they support the ‘in’ campaign
Conventional conservative wisdom is impossible to sustain. Cummings is as extreme as Farage. He just has different ways of showing it.

The TaxPayers’ Alliance crowd dominates Vote Leave. They will never persuade potential leftwing converts that the “out”’ campaign is anything other than a plot to tear up the EU’s employment protections. And leftists will be correct. These people believe in a deregulated Britain where business interests always come first.

Except when it comes to the actual referendum debate. Then Vote Leave turns on any business that breaks the party line with a ferocity that reduces traditional conservatives to slack-jawed amazement. In normal circumstance, when Tories hear of a campaign to recruit infiltrators to disrupt shareholder meetings, denounce CEOs as members of an elite conspiracy, and instruct everyone from the Confederation of British Industry and the National Farmers Union on what they can and cannot say, they assume the far left is running it . Not so with the EU. Today the campaign against business is coming from Tory Trots, who cannot tolerate challenges to their certainties.
Dominic Cummings: genius or menace?
Read more
They began in the Daily Telegraph, when business columnist and Cummings ally Allister Heath warned pro-European companies that “the central issue of where political power should reside should be decided by the public in the privacy of the voting booth, not by corporate interests”. On its own, the Telegraph’s behaviour was bad enough. It is a newspaper, which depends on freedom of speech for its living. Yet here it was telling businesses to stay away from a debate, with all the vigour of a jazz-handing student activist no-platforming real or imagined transphobes. The rest of us may think chief executives, who believe jobs will be lost and prices rise if we leave the EU, should be free to engage in open argument. We may disagree with them. We may be wary of the hated boss class. But we want the right to hear their points tested in a robust debate before dismissing them.

Cummings wants to rig the debate. Vote Leave infiltrated young devotees into meetings to disrupt a speech by Cameron. He has accused the CBI of lying when it says that 80% of its members want to stay in the EU. When challenged, he was quoted in the Telegraph as saying: “You think it is nasty, you ain’t seen nothing yet.” (It tells you all you need to know about Dominic Cummings, incidentally, that his Twitter handle is not anything so mundane as “Dominic Cummings” but “@odysseanproject” – a nom de guerre that reeks of borrowed grandeur and bombastic insecurity.)

Cummings told me that he welcomes “businesspeople making the arguments for the EU – our concern is the CBI’s malign influence”. I am being as polite as I can be when I say that this is laughable. Leave Europe has written to the heads of Centrica and other large companies warning they could be in breach of the Companies Act if they give money to the “in” campaign and in breach of electoral law if they stand with the CBI.

“You don’t talk with that man,” one of Conrad’s characters says of Kurtz. “You listen to him.”

And business does listen to Cummings. Leftists who talk about corporate domination fail to see that most companies hate controversy. Tesco and others have told the Financial Times they will stay neutral in the EU campaign because they don’t want to be drawn into a political argument. One weary Cameron supporter looked at their dereliction of duty, and told me Cummings wanted to spread as much intimidation and create as much confusion about the law as he could, in the hope he could duck the hard questions about what we would do outside the EU.

He sounds formidable, but Cummings may have been, to use that killer British phrase, too clever by half. Eric Pickles is the first of what I am sure will be many senior politicians to tell the electoral commission that Vote Leave’s intimidation of opponents render it unfit to be the lead the “out” campaign. If the commission agrees with Pickles and finds Cummings’ tricks “run counter to your organisation’s stated objectives to ensure that the referendum should be well-run,” Ukip will be in charge, and the chances of the Eurosceptics winning will suffer accordingly. Cummings has charged at his opponents only to trip over his own flat feet before. His aggression towards anyone who criticised his former master Michael Gove so alienated teachers and civil servants, it may have contributed to Cameron pushing the then education secretary out of the job he loved.

If his mixture of accusations and threats, vanity and zealotry, has the same destructive effect on the anti-European campaign, Cummings’ enemies both within and without the Conservative party will at last be able to say “Mistah Kurtz – he dead”.

To view the original of this article CLICK HERE

.
& Re-TWEET my Twitterings
& Publicise My Blogs

To Spread The Facts World Wide,