one has to wonder why Blair, Brown, Kinnock, Corbyn, Major, Cameron, Osborne and their chums are going to such lengths to talk down the British economy, in a desperate effort to scare the British peoples from voting in their own best interests?

Clearly more young people can be counted on to ignore the project fear being peddled by the Remain clique and their claque – polsters have foolishly overlooked that as they conduct their telephone polls most young people do not have landlines and can not be demographically targeted on their mobiles.

I am a passionate supporter of Leave-The-EU and have no major concerns about immigrants, in fact I would happily replace all our football hooligans with Doctors from India and nurses from the Phillipines and I am also morally convinced that 5 years from our departure from the EU Britain’s economy will be stronger, more secure and better performing than had we stayed in the EU continuing to be ruled by unelected bureacrats making decisions in the interests of the 27 other countries in the EU + new members like Albania, Turkey and the like.

I believe that however much the Remain Campaign peddles its doom scenarios of when we Leave-The-EU they are wrong to talk down the British economy and that when we vote to Leave-The-EU on 23-Jun-2016 they should ALL be forced to resign to prevent them trying to seek revenge for having lost the vote and deliberately destroying the economy out of spite, in an effort to prove their implausible doom stories were true!

There is no doubt in my mind that the negotiations under article 50 will be difficult and lets face it Cameron is not the man for the job, as has been proven by the utter failure of his efforts to get a better deal for Britain if we had been foolish enough to stay.

There will be a period of difficulty when we Leave-The-EU but I do not believe that will be a fraction of the difficulties that will be inflicted on Britain over many years if we remain in the EU.

Obviously there are risks in Leaving but I do not believe they are anything like as threatening as had we stayed and they will be over much sooner. Let us not forget there are dangers in life in any area – getting up in the morning has its dangers and going to bed even more as most people die in bed!

Now consider whether you would rather see the risks dealt with by the EU’s unelected bureacrats utilising the EU dealing with risks in their own interests and that of 27 other countries or would you rather the risks were managed by our own democratically elected politicians we can vote out of office, our own politicians acting in the best interests of Britain, our peoples of whatever colour or creed, our Commonwealth and our allies.

As to tyhe details behind the British £ falling in value – BUT BEWARE of the propaganda, go see the stock markets of Germany, France, Denmark and many others which have equally fallen in value and the huge falls in the value of the €Uro.

Do not forget US President Thomas Jefferson (1797 > 1801) so clearly stated that ‘the man who surrenders his independence for money, will eventually find he has neither independence nor money’. 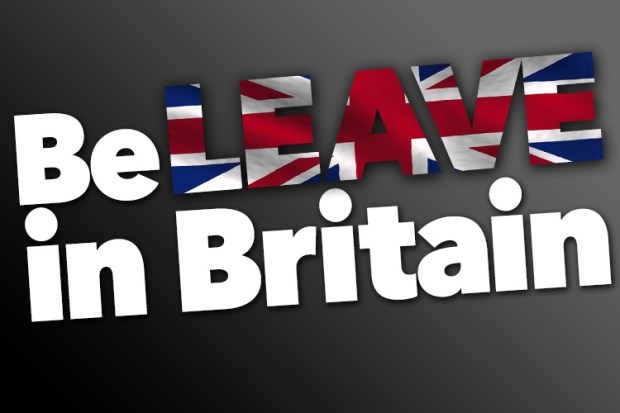 WE are about to make the biggest ­political decision of our lives. The Sun urges everyone to vote LEAVE.

We must set ourselves free from dictatorial Brussels.

Throughout our 43-year membership of the European Union it has proved increasingly greedy, wasteful, bullying and breathtakingly incompetent in a crisis.

Next Thursday, at the ballot box, we can correct this huge and ­historic mistake.

It is our last chance. Because, be in no doubt, our future looks far bleaker if we stay in.

Outside the EU we can become richer, safer and free at long last to forge our own destiny — as America, Canada, Australia, New Zealand and many other great democracies already do. And as we were the first to do centuries ago.

If we stay, Britain will be engulfed in a few short years by this relentlessly expanding ­German dominated federal state.

For all David Cameron’s witless assurances, our powers and values WILL be further eroded.

Italy is in danger of going the same way, with even more disastrous consequences.

And numerous even poorer and worse-governed countries are now joining the EU.

To remain means being powerless to cut mass immigration which keeps wages low and puts catastrophic pressure on our schools, hospitals, roads and housing stock.

In every way, it is a bigger risk.

The Remain campaign, made up of the corporate establishment, arrogant europhiles and foreign banks, have set out to terrify us all about life outside the EU.

The Treasury, Bank of England, the IMF and world leaders have all been wheeled out by Downing Street to add their grim warnings.

This is our chance to make Britain even greater, to recapture our democracy, to preserve the values and culture we are rightly proud of

Nonsense! Years ago the same politicians and economists issued apocalyptic predictions about our fate if we didn’t join the euro.

Thank God we stopped that. The single currency’s stranglehold has since ruined the EU’s poorer nations and cast millions on the dole.

We are told we cannot be in the single market without accepting all the rules, free movement of people included.

If so, let’s leave it and, using our enormous clout as the world’s fifth biggest economy, strike great trade deals with the other 85 per cent of the world.

And pick and choose the best migrants from the whole world.

If we stay in the EU, as Cameron wants, we will finally give up any chance of controlling our population. Cameron admits it.

Vote Leave, and we will reassert our sovereignty — embracing a future as a self-governing, powerful nation envied by all.

We will re-establish the basic principle that we are governed by politicians we elect or eject every five years, not foreign bureaucrats.

The Sun has campaigned relentlessly against the ever-expanding superstate.

But the EU cannot reform.

Remain has conducted a deceitful campaign. It has been nasty, cynical, personally abusive and beneath the dignity of Britain.

Our country has a glorious history.

This is our chance to make Britain even greater, to recapture our democracy, to preserve the values and culture we are rightly proud of. 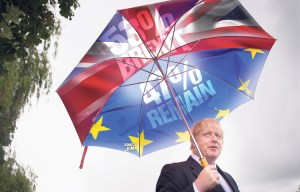 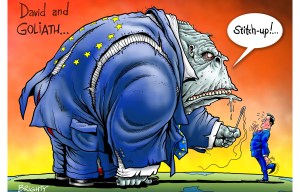 Brexit is our chance to escape a burning building, we should flee before the EU drags us down 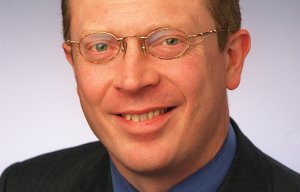 MANN OF THE PEOPLE

BOJO’S ON THE UP